Busch drew on contemporary parochial and city life, satirizing Catholicism, Philistinism, strict religious morality, and bigotry. His comic text was colourful and entertaining, using onomatopoeia, neologisms, and other figures of speech, that led to some work being banned by the authorities.

Busch was influential in both poetry and illustration, and became a source for future generations of comic artists. The Katzenjammer Kids was inspired by Busch´s Max and Moritz, one of a number of imitations produced in Germany and the United States. The Wilhelm Busch Prize and the Wilhelm Busch Museum help maintain his legacy. The 175th anniversary of his birth in 2007 was celebrated throughout Germany. Busch remains one of the most influential poets and artists in Western Europe." - (en.wikipedia.org 27.11.2019) 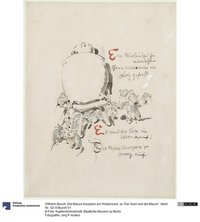 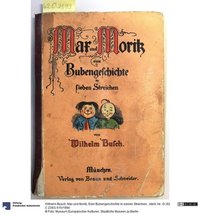 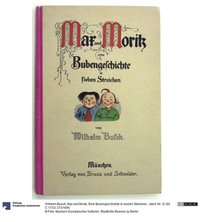 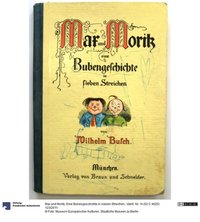 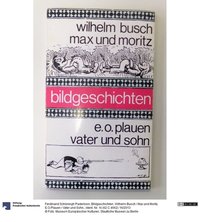 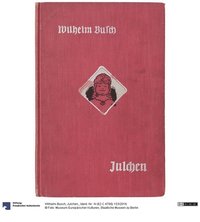