"The Keaka, an Ejagham subgroup also known as the Eastern Ejagham, live near the Cross River in Cameroon close to the Nigerian border. Little is known about their art traditions. Highly stylized, often heavily encrusted figures attributed to the Keaka and other Cameroon groups such as the Mambila, Mbem, Mbo or Mfumte are depicted in ethnographic and art historical literature. Called njom, the Ejagham term for medicine, they are used by groups and individuals in anti-witchcraft activities. Njom assign blame for an illness or death to a witch and punish her accordingly. Each figure has an individual name, which is usually lost when the figure is removed from its original context." - https://africa.si.edu/collections/view/objects/asitem/items$0040:3626, 10.05.2019 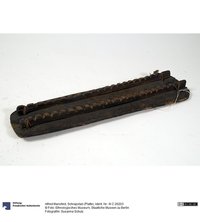 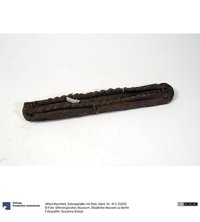 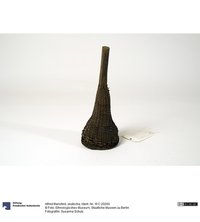