"Berto di Giovanni (di Marco), a pupil of Perugino, painted at Perugia from 1497 to 1525. He executed works for the magistrates, and was a
member of the guild of that city. He painted with a predella, in the convent of Santa Maria di Monteluce at Perugia, the following subjects from the Life of Christ: ´The Nativity,´ ´The Presentation,´ and ´The Marriage´ and ´Death of the Virgin.´ These form part of a large work of the ´Coronation of the Virgin,´ which Raphael was originally commissioned to paint, but which was subsequently executed by an artist whose name has not been recorded." - (Wikipedia (en) 30.07.2018) 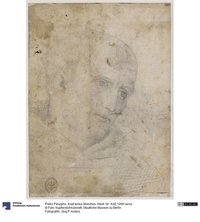 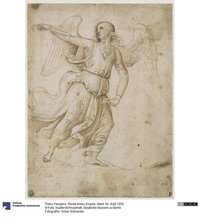